Kathy Troutt was hired to search Fijian waters for dolphin that might be trained to appear in a major feature film. At Dunk Island, Kathy was hired to do nude stand-in for the leading female actor. At the last moment this plan was changed and the actor performed her own nude underwater sequence – however, Kathy received enormous advance publicity. 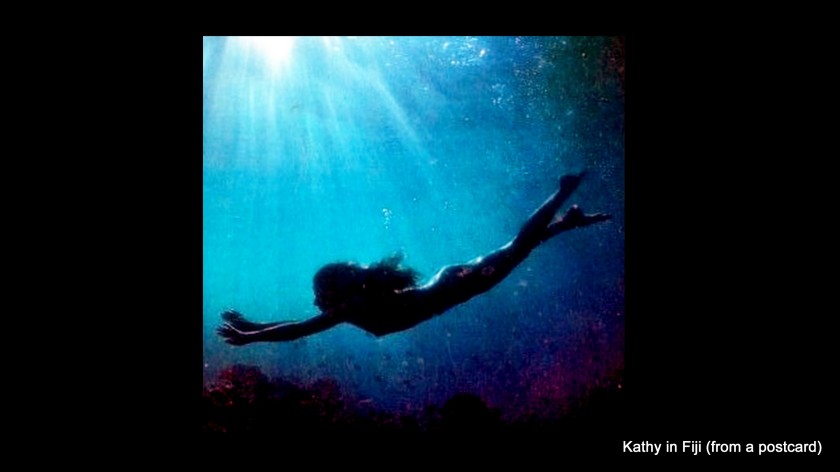 Kathy did nude stand-in scenes and especially all the diving for main teen actor, Brooke Shields.

Some film crew members later estimated that Kathy is in much of the finished movie!

Teenage underwater model who set a world scuba depth record for women using compressed air when aged 16. Appeared in advertisements, magazine covers, TV shows and made appearances in feature films and TV series. Also a stand-in for Brooke Shields in The Blue Lagoon (some say 40% of the movie features Kathy)! Today lives in Queensland, Australia with her brother Jeff, and 13 cats, three dogs, two horses, two goats, many aquarium fish and 200 exotic parrots - which she breeds. View all posts by KAT